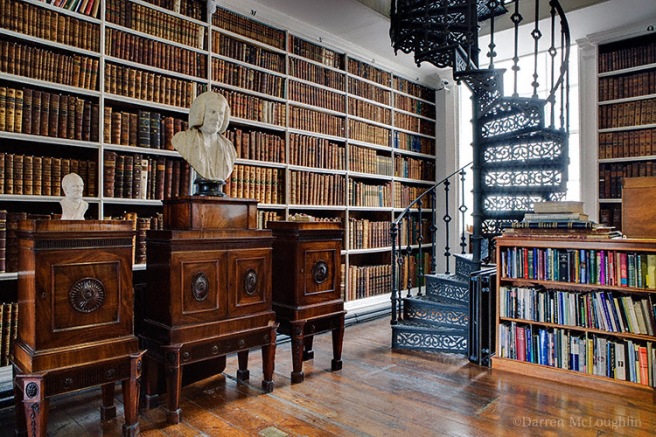 Being on lockdown for the foreseeable, along with a quarter of the planet, I thought I would update this interrupted blog series with an account of the books I read in February, before March rolls around. Counting long poems and several 60 page Penguin Modern classics, it makes 14 books. It’ll be interesting to see that number go up as social distancing continues.

The story of a Greek called Photinus whose adventures in the wild North lay down a fabric of legend that will grow into Norse Myth, and who ends up fathering half the royal lines in Scandinavia. A strange book, with a grim cruel narrator it’s hard to root for, and a Dark Age background that never quite comes into focus. I caught some of the nods to Norse myths—the death of Balder being probably the most obvious—but I’m sure many more have slipped me by.

An interestingly Cuban take on the Western, set in the Spanish-American war. For all that, it overstayed its welcome—there are a lot of characters, mostly not as memorable as Leonard’s usual, and the ones I liked didn’t stick around long enough.

Notes on ‘Camp’, by Susan Sonntag

Two essays in pocket form. The titular notes are a delight, with a wide frame of cultural reference and an impish, mischievous spirit. The other one’s a slog—a spent round from an old culture war I couldn’t give two hoots about. A mixed bag that leaves me ambivalent about seeking out more.

Three marvellous essays, by turns melancholy, proud and furious, but filled with the best kind of wisdom, that kind that only comes out of a life of hard thought and long struggle. And what a style! Would definitely read more.

The Finger, by William Burroughs

I’m easily grossed out, so this slim selection seemed like a good way to get a flavour of this notorious author without having to get through something like Junky or The Naked Lunch. It’s only partly successful, as I don’t get to sample the famous cut-up technique, but these stories are just as gruesome as expected. Pick of the bunch is The Junkie’s Christmas, a twisted good Samaritan tale, followed by The Finger, a semi-autobiographical account of Burrough’s own self-mutilation. The later, Tangier-set ones are more sketches than stories, and their open pederasty is rather revolting.

A gloriously unlikely but enjoyable romp, filled with imposters and double imposters, kidnap plots, poetasters, and baseball/cricket arcana. Well up to the usual Wodehouse standard.

Rex: An Autobiography, by Rex Harrison

By Hay Castle are a pair of cloistered outdoor shelves, where you can pick up any book you like provided you drop a quid in the honesty box. It’s a good spot for lucky finds—I saw this charming, photo-stuffed hardback and snapped it up, turning immediately to the chapters on Cleopatra and My Fair Lady, which were good enough to make me read through from the beginning. It’s a good life, defiantly unghosted, with a fair bit of womanising, a good deal of tragedy, interesting war work and a whole lot of memorable anecdotes: a snapshot of the time that’s a welcome break from the heavier reading.

Doctor Who: Scratchman, by Tom Baker and James Goss

This book is better than it has any right to be, seeing that it’s based on a madcap, drunken idea for a Doctor Who film that Tom Baker and Ian Marter came up with on a weekend in the 1970s. It turns out to be a decent sort of Wicker Man folk horror for the first half, with a nightmarishly surreal second part in which the Doctor confronts (and eventually beats) the devil. If there are a few too many hairs-breadth escapes and not as much logical rigour as I’d like, it’s more than made up for by the fact that the story works on two levels. Beneath the knockabout plot, it’s a book about Tom Baker’s love for a role he played for 9 years, the terror of not being the Doctor any more, and the marvellous fact that the role is open to anyone. Even you and me.

The Towers of Trebizond, by Rose Macaulay

Sad endings are always the worst when you don’t see them coming. Anna Karenina and King Lear are bearable since the approaching calamity is known already; in other books, the foreshadowing softens the blow. This book, for much of its length, is an eccentric, hilarious romp of the kind that immediately makes one want to light out for the Black Sea coast and start taking camel riding lessons. Part of the charm was a structure so unpredictable it was impossible to tell where the plot would head next—only in the tragic aftermath do the comic episodes pull together into a melancholy, but rather lovely, thematic coherence.

These are fun for stretching my language skills without being particularly difficult in plot or rhetoric. This one almost has the plot of a fairy tale, with the innocent vindicated and the wicked coming to a very sticky end, and despite the occasional stock line the verse lilts along nicely.

A tale of Arthur’s knights, based apparently on the Breton Lais, which I recall having to read in a terribly dull prose translation in university. This again has more the feel of a fairy story: a poor knight is taken as lover by a fairy lady who lavishes him with gifts, temporarily abandons him after he inadvertently breaks his word but comes back at last to carry him away into fairyland. Poor Guenevre does not come off at all well here, getting Sir Launfal into hot water with the court after he turns down her advances.

Ever since going through a rough period at one of my school placements, I’ve cried really easily, and I welled up at multiple points while reading this children’s classic. I can still remember as a kid how much I wanted to be Dickon, and it’s nice to reflect I can name more trees, flowers, birds and constellations than I could as a kid. My year 7 class are such inner-city kids that they don’t even know what a robin looks like, so it’s interesting to think about how to bring some nature to them—starting with a bunch of daffs on Wednesday.

The Veiled Woman, by Anaïs Nin

Damn saucy stuff! Like most erotica, best taken one at a time. This 50 page modern classic is about the right length for one go.

This is a tragedy one would rather like to be in the original Greek audience for just to watch everyone’s jaws drop. Talk about subverting audience expectations! We open with Pylades, Orestes and Electra from the trilogy by Aeschylus, and we think we know how it’s going to go—Orestes, tormented by furies following his revenge murder of Clytemnestra, wins the angry townspeople over to his side. Instead, they try to murder Helen, kidnap Helen’s daughter Hermione, and set their own house on fire. Apollo comes on at the end to do damage control, but it feels too pat and way too late.